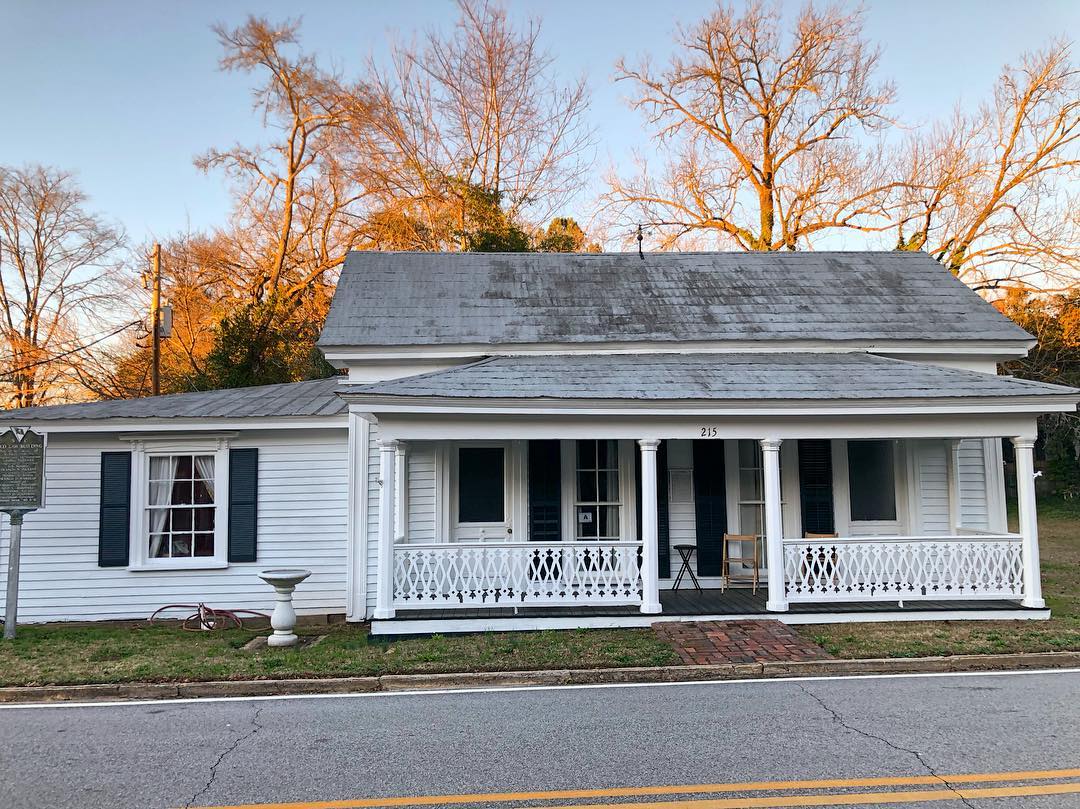 Old Law Building, 215 Simkins Street. This building is located on the site of the original law office of Eldred Simkins (1779-1831), U. S. Congressman and Lieutenant Governor of South Carolina. He was the son of Arthur Simkins (1742-1826), often described as the founder of Edgefield. Eldred Simkins’ home was next door. The law office, built circa 1804, was occupied over the years by many of the most influential of South Carolina’s political leaders, including Simkins himself, Congressman, Governor and U. S. Senator George McDuffie (1790-1846), Congressman, Ambassador and Governor Francis W. Pickens (1804-1869), eminent lawyer W. W. Adams (1820-1876), and Solicitor and Attorney General Leroy F. Youmans (1834-1906). The original building was burned in the fire of 1881. The current building was completed in 1882 for the offices of Governor John C. Sheppard (1850-1932) and his brother, Orlando Sheppard (1844-1929). The architect and builder was Austrian-born Anton Markert (1831-1895), who built many houses in Edgefield County and whose signature architectural features include the octagonal columns, the pediments over the windows and doors and the brackets which support the eaves. Lt. Gov. James O. Sheppard (1890-1973), son of Gov. John C. Sheppard, also practiced here. In the 1930’s Albert Rhett Nicholson, M.D. (1886-1970), one of Edgefield’s most beloved physicians, maintained his medical office here. In 1949, the property was acquired by the Edgefield County Historical Society and was owned by that organization until 2008. During this period the building was successively occupied by art instructor “Miss Lyll” Welling (1888-1968), John F. Byrd, Attorney at Law, John Kemp Antiques and Carolyn Morgan’s “House of Fabrics.” The property was sold in 2008 to Dr. Mary Grace Altalo who operated a coffee house and tearoom here for several years. In 2011, Chef Bob opened his café here before moving in 2014 to Main Street.