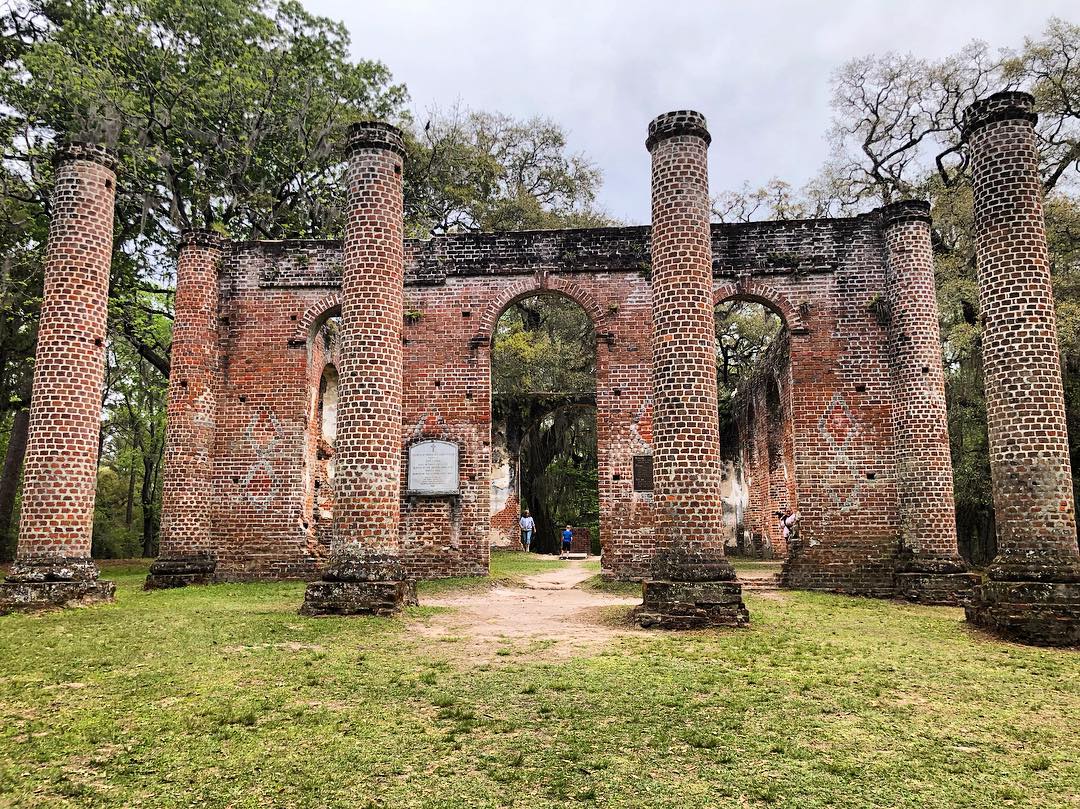 Prince William Parish Church, later known as Sheldon Church, was built between 1745-1753. The church was set on fire in 1779 by British troops during the Revolutionary War. It was rebuilt in 1826 and burned again in 1865, near the end of the Civil War. It was never rebuilt.
Picture taken March 30th, 2019, before the church was fenced off.