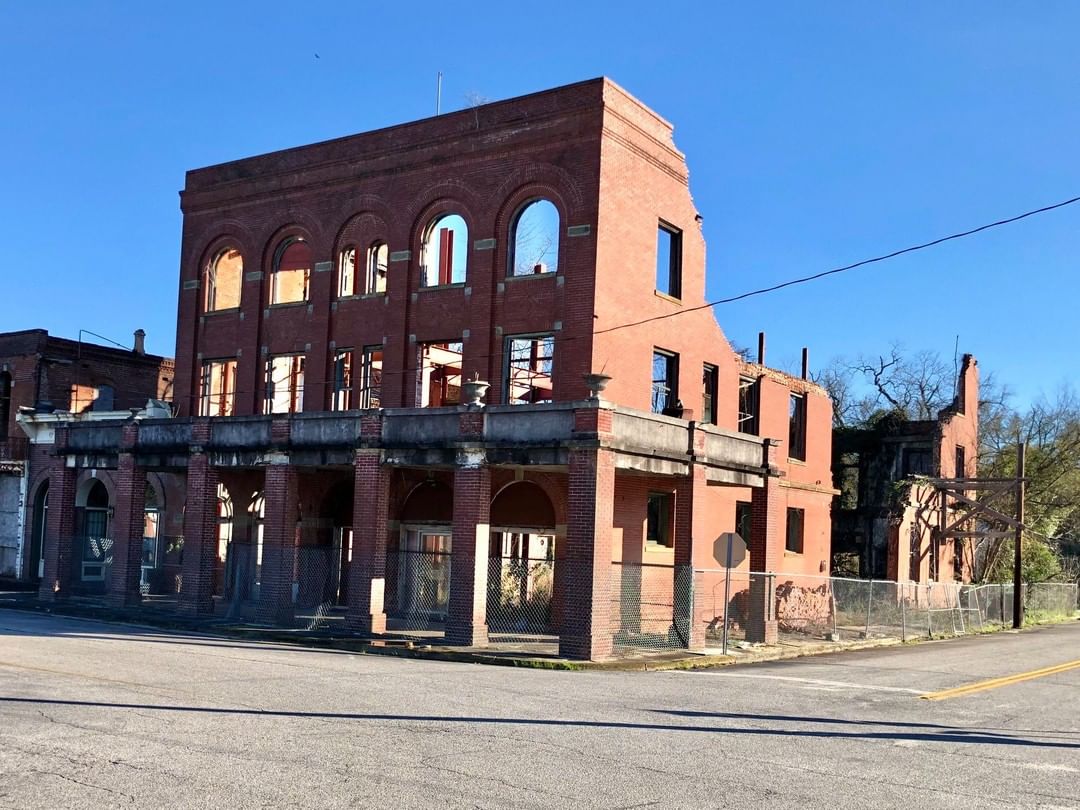 The Shamrock Hotel was built in 1912 by Jack Farrell. It was built at a cost of over $20,000, having thirty rooms plus several stores and offices. The hotel closed in 1968 after declining usage. Businesses still operated storefronts on the main floor until 1982. Around 1995, the roof collapsed. The building is now being torn down.