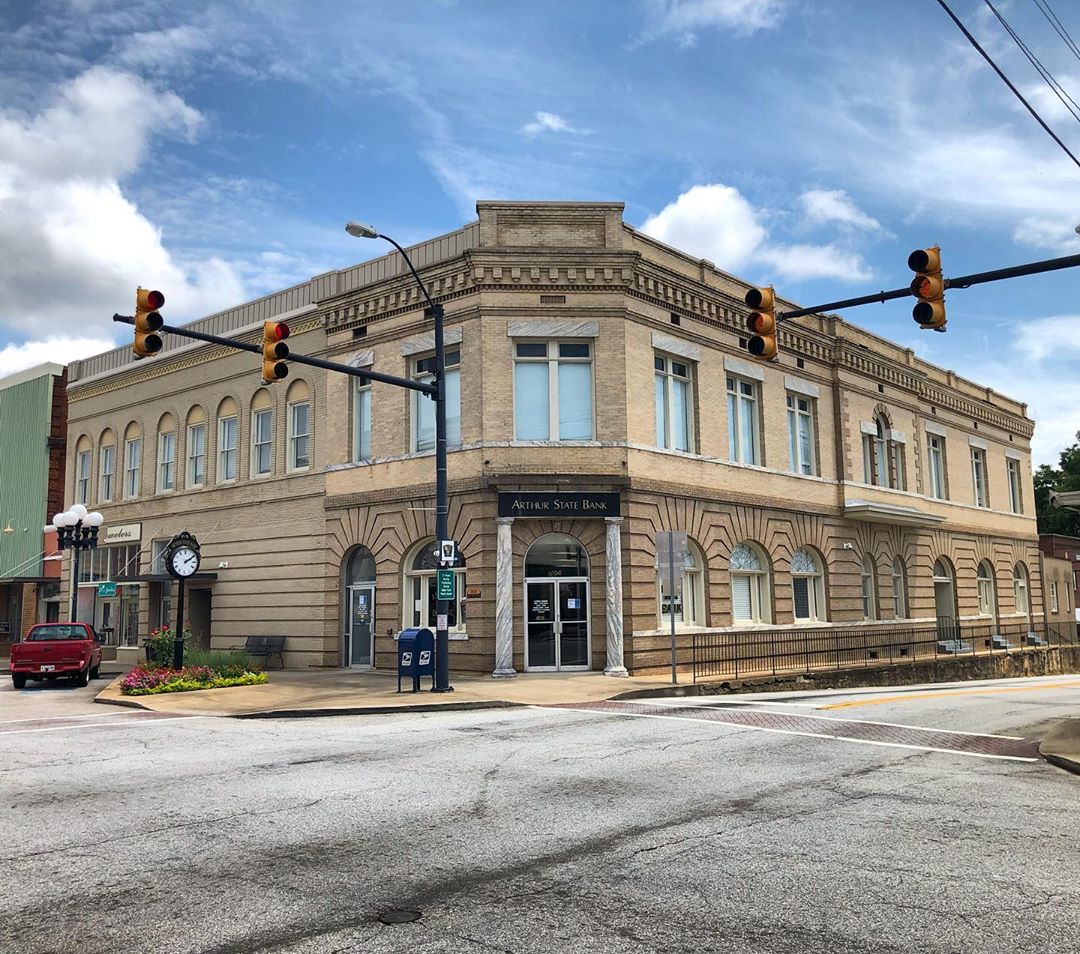 The People’s State Bank building was built in 1901 by the bank President Benjamin Franklin Arthur. The People’s Bank failed in 1908. Arthur State Bank was established in 1933 by Joseph Dogan Arthur and his sons. Joseph was the brother of Benjamin and a former cashier at Farmers and Merchants Bank before it failed. This building still serves as Arthur State Bank’s main branch.